The Hail Cannon is a shock wave generator used to disrupt the formation of hailstones in their growing phase. An explosive charge of acetylene gas & air is fired in the lower chamber of the machine. As the resulting energy passes through the neck & into the cone it develops into a force that becomes a shockwave. This shockwave, clearly audible as a large whistling sound, then travels at the speed of sound into & through the cloud formations above, disrupting the growth phase of the hailstones.

The device is repeatedly fired every 4 seconds over the period when the storm is approaching & until it has passed through the area. What would otherwise have fallen as hail stones then falls as slush or rain. It is critical that the machine is running during the approach of the storm in order to affect the developing hail stone. These machines can not alter the form of an already developed & therefore solidified hailstone.

While the History of Hail cannons date back into the 18th century, the modern Hail Cannon has been developed largely over the last 30 years with most development in the latter 10 of those.

The protected area for an individual machine is approximately a 500 meter radius with a lower level of effectiveness as distance from the device increases.

Radar controlled systems are available to replace the human factor required to start & stop the unit. This is particularly important in areas subject to hails storms at night. Radio & Pager controlled is the standard method. 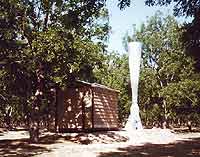 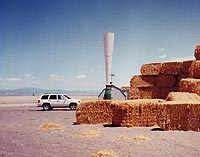 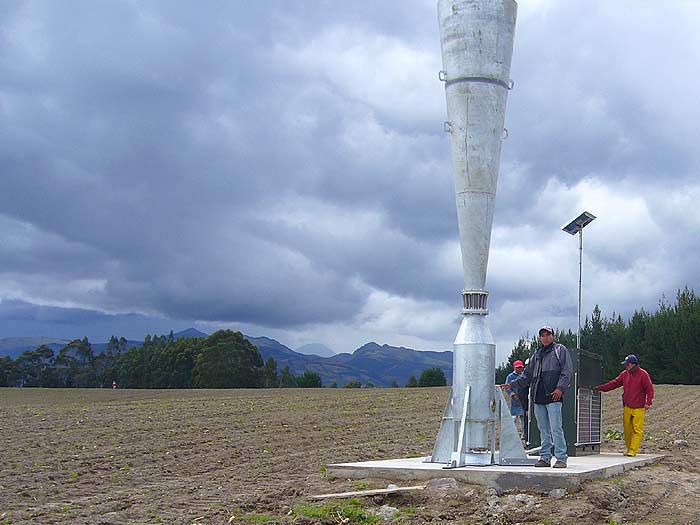